The Blue Cross of Emmanuel in Aurora 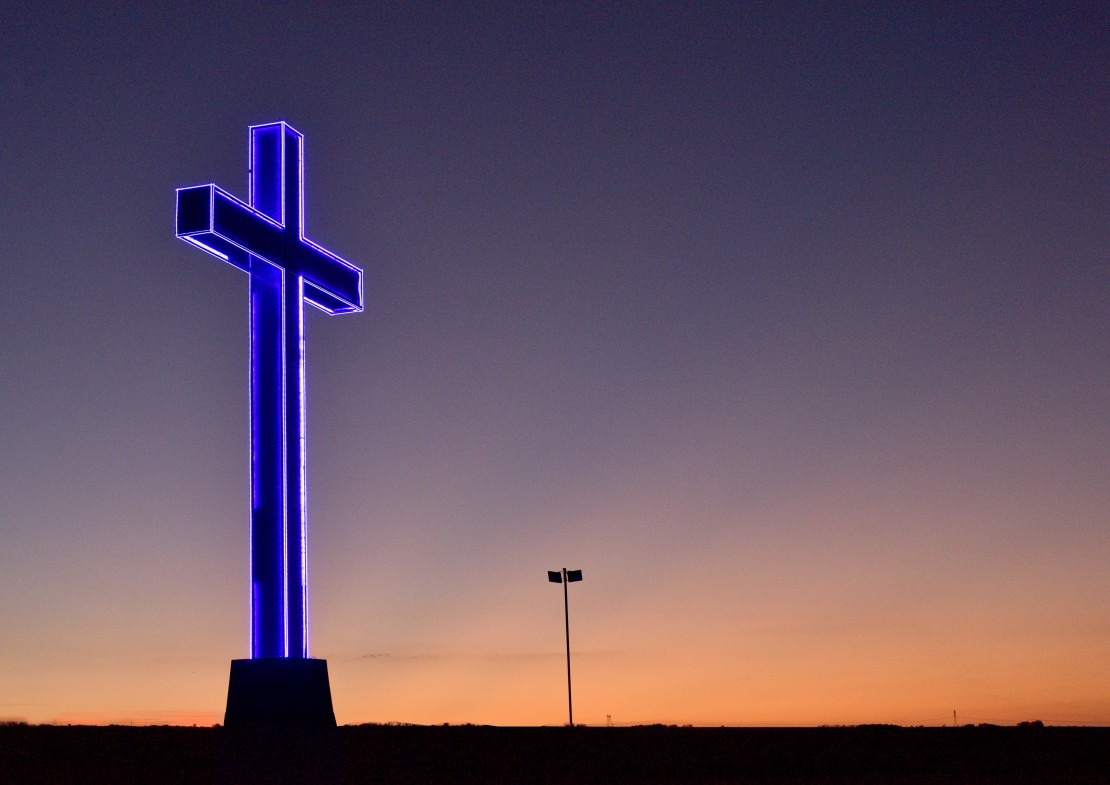 The Blue Cross of Emmanuel in Aurora

On January 5, 2018, at the Marian Center of Aurora, the Blue Cross of Emmanuel was consecrated under the blessing of the Father and Christ Jesus.

On that day, the first one of the Crosses requested by the Divine Messengers, which should be lifted in all of the Marian Centers, was blessed as a living symbol of the Presence of the Father-Mother Creator Emmanuel.

The Blue Cross represents the Mercy, liberation and redemption of the souls and the planet; It unites Heaven and Earth, material and spiritual and most of all, It represents the victory of Emmanuel on Earth.

“The Son and the Father will be giving an opportunity to those hearts that unite to the powerful symbol of the Blue Cross; because blue will be the Heaven that will give the signal for the Return of Christ.” Christ Jesus – January 2, 2014

The majestic Cross, of 10 meters high, that is illuminated with its fascinating blue light every night, was requested by Christ Jesus during the month of August 2017.

After several months of construction, the long-awaited opening day arrived. It occurred during the 54th Marathon of the Divine Mercy where 500 people gathered to pray with fervor the 1,500 beads of the Chaplet of the Divine Mercy for the healing and redemption of the planet.

Once the marathon of prayer ended, Christ Jesus transmitted His Message through the visionary monk, Friar Elías del Sagrado Corazón de Jesús, to all those who were present:

“Drink from this moment as a unique moment that will never be repeated. Uniting Heaven and Earth, Universe and humanity, is something magnificent which does not occur every day.” Christ Jesus – January 5, 2018

After His Words, all the people present were called to place themselves in front of the Cross and, in a solemn and memorable ceremony, surrounded by a natural landscape highlighted by the rays of a distant storm, the Father Himself emitted His Voice over Aurora giving his Blessing:

“Beloved children, listen to Your Father. I am the Beginning and the End. Today, the Father of Love, blesses this symbol that will unite the peoples and the nations; that will bring hope to the unredeemed and that will give redemption to all evil, so that the Love of the Source triumphs; so that Truth and Justice reign.” The Father – January 5, 2018

On that night, Christ Jesus said that the merits of His Passion and of His Cross would remain engraved on the splendor of the Blue Cross of Emmanuel, which is illuminated every night over the lands of Paysandú, Uruguay, waiting to illuminate each essence that responds to the Call of God.

“When you experience some obstacle or difficulty, prostrate yourselves before the powerful and victorious Cross of Emmanuel and contemplate It, illuminated and brightened, and see how She pierces through the spaces and planes, filling them with Light and Mercy, and thus, your sorrows will be dissolved.” Christ Jesus – January 4, 2018.

Know the needs for the manifestation of Aurora