Encounter with the Kingdoms: Preparing the Earth in Unity 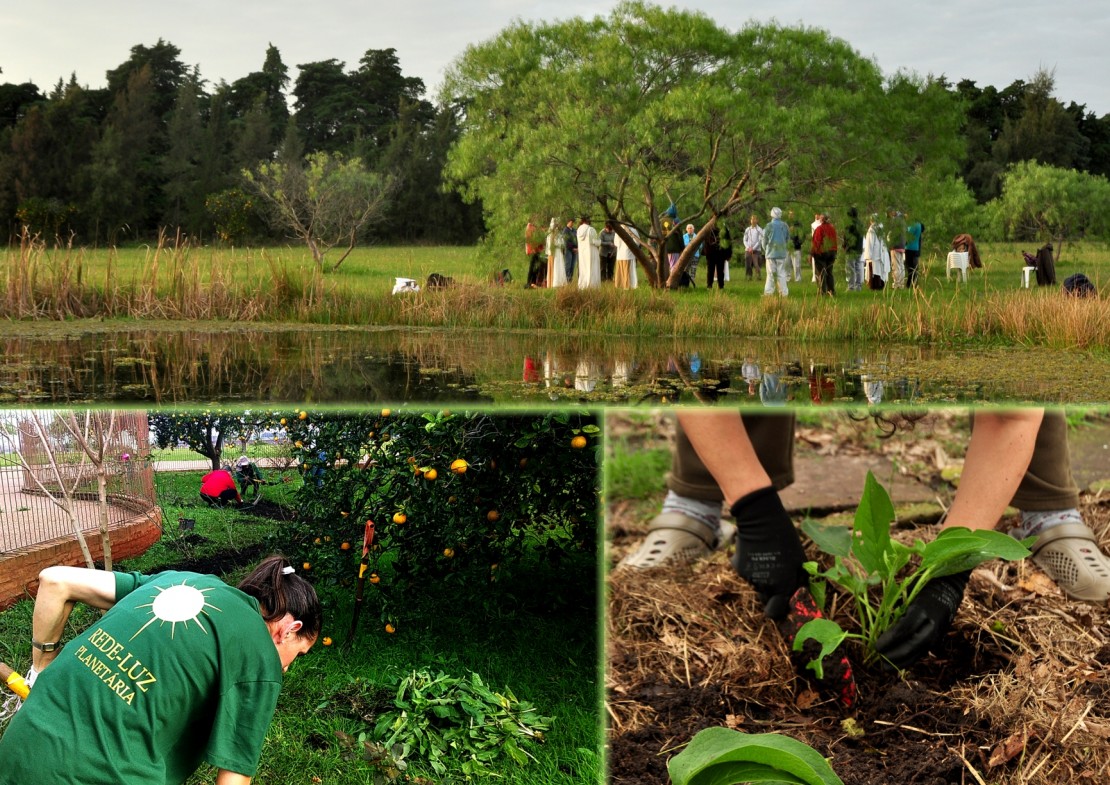 Encounter with the Kingdoms: Preparing the Earth in Unity

On June 22 and 23, at Aurora's Light-Community Fraternity, an encounter with the Kingdoms of Nature took place, where more than 30 people from Uruguay, Argentina and the south of Brazil participated. 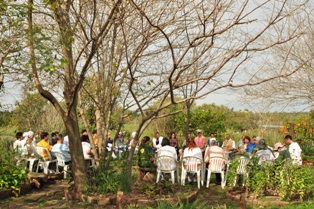 After the opening, which occurred in the open air at the Marian Center and included music that deepened the contact with Mother Nature, two areas of work were proposed: the recovering of the soil from the rose plots of Mary's Garden, by putting compost and diverse trace elements; and the pruning, cleaning and recovering of the soil from the medicinal herbs' garden, at the R1 area of the Light-Community.

In addition to the work in the field, there were moments of prayer and song at different spots of the Marian Center, such as the medicinal herbs' garden and the blackberry tree, that favored an even deeper connection with the Vegetal and Devic Kingdoms. Songs and prayers, such as the Rosary for the Kingdoms of Nature, were recited in order to ask for the recovery and salvation of the beings that are more outraged by the human being.

Catia, who participated in the encounter, tells us: “The attunement was wonderful, it was possible to feel a vibration 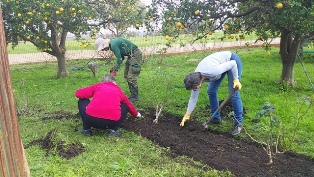 of love and of planetary conscience, a feeling of universal unity. There were all special moments with many signals of love.”

The title for this encounter was “PREPARING THE EARTH IN UNITY’’, which symbolizes that by being united and working together we will manage to prepare the New Earth, and it totally achieved its goal. Each participant was able to contribute with a full energy of unity and cooperation toward its neighbor as well as toward the Kingdoms of Nature.

María, from Brazil, tells us her experience: “I was at the medicinal herbs' garden helping to prepare a new plot, taking away the grass and the branches so that we could prepare the soil for it to receive medicinal herbs. I used to do that when I was little, but now it was different because I did it knowing that we are interacting with the Kingdoms and that they are part of God, Father-Mother Creator, and that we need to learn to serve with care and love.” 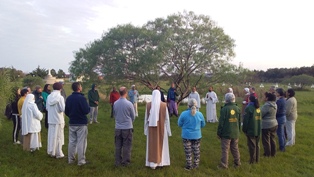 On the same day of the Encounter's opening, a huge number of pilgrims arrived to the Marian Center. Among the 85 people visiting, there were some that participated in the Prayer of the Chaplet of the Divine Mercy that took place in an area of native trees, as part of the programme, and others dared to join the proposal of the event by working for moment in the contact with nature.

As a result, it was possible to attain an intimate communion with the Kingdoms of Nature through a simple contact with the earth and vegetables in unity and brotherhood.